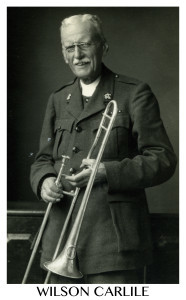 Inspiring to tell people the good news of Jesus Christ since 1882, Threshold Ministries is an organization that has evolved over time to form what it is today. Working to connect, inspire, and support people in life and in their walk with Jesus, Threshold Ministries strives to achieve an understanding of the spirit by which the Church Army was formed.

The founder of Church Army was Wilson Carlile, who was a curate and evangelist at St. Mary’s Kensington. In 1873, a great depression began in England and continued with few breaks until 1896. It brought poverty and distress to working people but also had immediate and disastrous effects upon the business community. Carlile was among those severely affected by the depression and through adversity he turned to God. His passion was for those in need which marked his ministry. Church Army began to grow in England and then started to spread out in the commonwealth.  In 1925, the Church Army had 650 evangelists, which made it the largest home missions group in England at that time. Although there have been Church Army evangelists working in Canada since 1886, there was not a stable presence in our country. It was the large number of members in England and the passion of Church Army evangelists that made the organization look for ways to spread overseas permanently. Arthur Casey visited the Diocese of Fredericton and his evangelistic gatherings were so successful that other bishops started to request his visit, leading to a complete tour of Canada in 1926. The response led to a series of conferences, which were followed by the first recognition of the Church Army in Canada in 1928. Just a year later, in 1929 the official launch of Church Army and the training college were established in Toronto. Casey became the first director overseeing the college and the Church Army in Canada.

The name ‘Church Army’ was always a challenge – many either loved it, struggled with it or were indifferent. In 2009, after much prayer, discernment and deliberations, the Church Army in Canada was renamed Threshold Ministries. The new name seemed appropriate as Threshold Ministries seeks to create open thresholds between the love and support of the church, and the needs and brokenness of people in need of a connection with God’s love. The name embodies the graced history of the organization and the shared vision for the future.

Threshold Ministries continues to live-out and fulfill the original mandate that Carlile expressed – caring for those in need, proclaiming the Good News of Jesus Christ and equipping men and women to share their faith. Through partnerships with congregations and individuals across the country, evangelists continue to be equipped for ministry and street-level outreaches have been launched.

In 2016, Threshold School of Ministry was launched as a new model of training people for ministry in today’s culture.

Threshold Ministries exists to help bring people from all walks of life into a living relationship with Jesus Christ and His people.