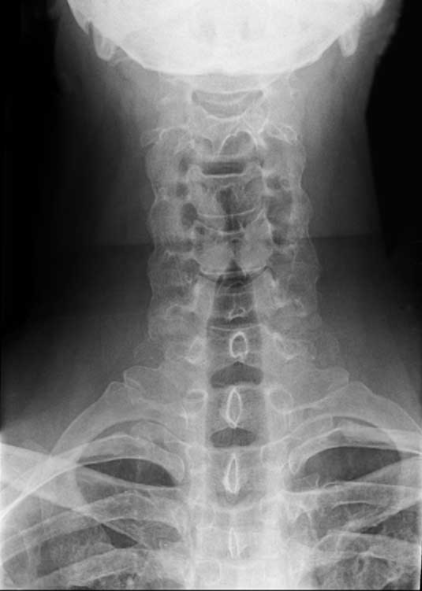 Does God really perform miracles in this day and age? Some would say no, but Janet Edwards says yes. It’s all still hard to comprehend, and there are the questions of how God did it and in particular, why.

The proof, though, is in her improved health.

Janet Edwards has much-improved back health since last fall — not due to surgery, but to God’s healing hand, she says.  ~McKnight photo

It was over the past few years that Janet’s mobility, balance and strength became severely impaired. She had to walk with a cane. An MRI in February, and another in October showed disc deterioration in her spine, which resulted in bone sticking out about two centimetres. That protrusion was wrapped around nerve roots which caused other problems beyond the difficulty in walking.

In the fall, her family physician sent her to Dr. Neil Manson, an orthopedic surgeon in Saint John. She had an x-ray and an MRI in October, both of which confirmed for Dr. Manson that Janet needed surgery.

“Things started moving fast,” said Janet. “Dr. Manson said ‘I take this very seriously’ and I came out with an operating date.”

She had a pre-op session on Oct. 30. At that time, the anesthetist felt the protrusion, which hurt when he touched it, she said.

Surgery was set for Nov. 6, two days after Diocesan Synod. Her husband, Bishop David Edwards, booked several days off to care for her, and they showed up at 7 a.m. on the day of the surgery.

Except the surgery never took place. It’s a bit of a blur for Janet because she had been given medication by the time Dr. Manson declared the surgery was cancelled, but she remembers him saying, ‘It’s gone. I can’t find it. I can’t see it on the x-rays and I’m not operating.’

Her response to him was, “well, everyone was praying for me yesterday.” In fact, the Rev. Canon Leo Martin, the Rev. Dwight Stuart and the entire congregation of Christ the King Church in the Parish of Fundy and the Lakes had prayed for her during the service.

So Janet and David left the hospital not quite knowing what had transpired. In a few days, “some of the symptoms were very nearly completely gone,” she said.

Later that week, she went to the gym and a woman there said to her, ‘You’re walking better.’ Janet didn’t know her, but she told Janet she was on the surgery team Nov. 6. ‘You’re the person we were all prepared to operate on. The doctor came in looking shell-shocked!’ she told Janet.

She has not seen Dr. Manson again because he did not operate, thus, there is no follow-up at this point. She still doesn’t know how or when her miracle actually happened. Did the x-ray or MRI somehow change by the morning of Nov. 6 to show there was no protrusion, because the surgery was booked based on what the doctor saw on the x-ray and MRI.

“It’s amazing. None of us deserves it. We have these things by God’s grace,” she said. “Why me? I have lots of questions I can’t answer. But I wake up every morning and jump out of bed and thank God every time.

David is a bit more down to earth about the event, admitting he’s a skeptic by nature.

The doctor had hoped she would have better balance, be able to walk better and be able to get up without falling over, and she can do all that now, he said.

It was when the nurse at the YMCA talked to Janet that he thought, ‘perhaps God did have something to do with this.’

Janet, however, needs no further convincing.

“When God intervenes it’s like a breath of fresh air, like smelling beautiful flowers,” she said. “It shows we have no power at all and God is the great physician.”