Looking Back, Looking Up 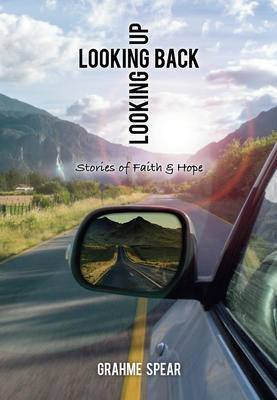 We want to wish a huge congratulations to TM Evangelist, Grahme Spear, on the recent publication of his book "Looking Back Looking Up."

David Grahme Spear was born and raised on a farm near Russell, MB, where, after graduating from high school, he farmed with his father until he made the decision to respond to the Lord's call to ministry. He then enrolled in university at St. John's College (University of Manitoba campus) where he graduated with a Bachelor of Arts. In 1969, he married Shirley (nee Craig) and together, they moved to Saskatoon where he received his Master in Divinity degree at The College of Emmanuel and St. Chad. After being ordained in 1972, he and Shirley began ministry in the Anglican Church of Canada where they served for over 45 years in parish work, ministering in Wabowden, MB (1972-75), Carman & Elm Creek, MB (75-81), Morden, MB (75-79), Athabasca, AB (81-89), Virden, MB (89-95), and The Pas, MB (1995-2009), after which he semi-retired. From 2012-2017, Grahme pastored part time in Morden, MB. They raised three girls (Karen, Sheena, and Christa), and in 1976, foster daughter, Debbie, became part of their family. They now have 11 grandchildren, and two great grandchildren.

While in The Pas, both Grahme and Shirley were instrumental in the establishment of the Northern Gateway Community Chaplaincy Street Ministry which began in 2000, alongside the Living Water Apostolic Church street kitchen. He worked as street chaplain for an interim time between chaplains from 2009-2011. In 2011, they moved to Carman, MB to be near family. Grahme has a heart for the homeless and the less fortunate, and he and Shirley are still connected to the Street Ministry in The Pas as part of the Board.

Since Grahme was very young, he has been aware of the prompting of the Holy Spirit. In the past few years, these stories started to circulate in his mind, and he found himself writing them down, hunt and peck style, on the computer, and as a result, this book was born. He found that as he wrote many of the stories a spiritual application came to mind. This confirmed in his heart how God's hand had indeed been on him throughout his ministry.

You can purchase your copy here.

Grahme Spear was commissioned as an evangelist in 2009, following a long ministry as Priest in the prairies. He is passionate about helping people know and grow in their relationship with Christ.