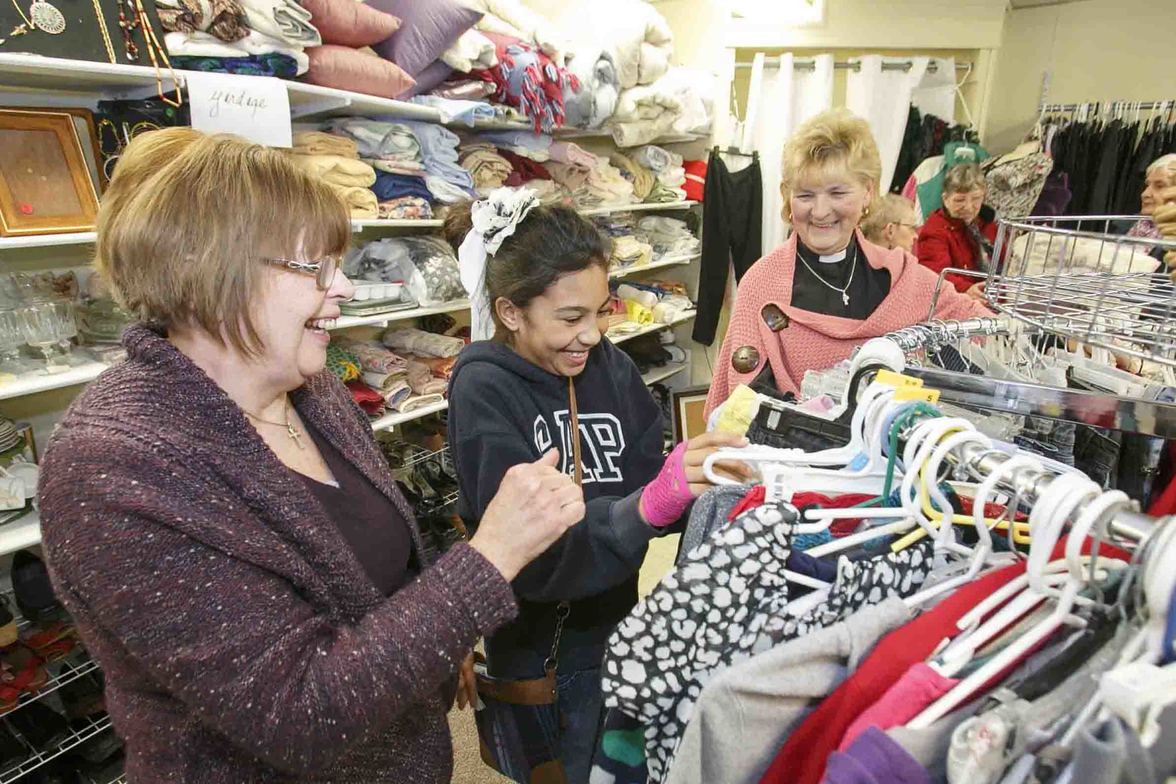 Story originally published in the Anglican, written by: Martha Holmen

“Church doesn’t just happen on Sunday morning inside the building; church is what happens the rest of the week.” This idea is guiding the efforts of the Parish of Minden-Kinmount, a three-point parish north of Peterborough comprising St. Paul, Minden, St. James, Kinmount and St. Peter, Maple Lake.

The parish’s urge to connect with people outside the church walls was sparked not long after the Rev. Joan Cavanaugh-Clark arrived. She had been serving as incumbent for just two months when a census worker told her about the area’s high poverty rates, particularly among children.

“I was taken aback, because the poverty in the community is quite hidden,” she says. “It started me thinking about what we could do.”

I walked and I prayed

To start discovering what the surrounding community needed from the parish, Ms. Cavanaugh-Clark took to the streets. “I walked and I prayed,” she says. “I walked with parishioners through the community, and we stopped and prayed along the way.”

Over time, the parish used its newfound insight to develop a host of programs designed to reach out to its neighbours. One of its most successful projects is its thrift shop, based out of St. Paul, Minden but supported by all three congregations.

The shop, where no item costs more than $8, was a response to a pressing need in the area. Despite high poverty rates, residents had nowhere to buy used goods. “It’s a win-win. It speaks to God’s grace, to rebirth and stewardship, while filling a real need in the community,” says Ms. Cavanaugh-Clark.

The thrift shop opened about four years ago and started to outgrow its home in a small upstairs room almost immediately. In October 2014, the parish added an old school portable to expand the shop’s operations.

In addition to members of the parish, the shop is supported by other parishes, Christian churches and faith groups, as well as volunteers with no religious affiliation.

“It brings people into the community of the church who otherwise wouldn’t be here,” says Ms. Cavanaugh-Clark. “They become the hands, feet and voice of God without coming on Sunday morning.”

The parish uses funds raised in the thrift shop to support many local causes, such as stocking food banks and sending children to summer camp. It also supports ministries beyond the parish bounds, including the Council of the North, the Hospital for Sick Children in Toronto and other churches’ refugee sponsorship efforts.

“We share from the abundance that God has provided for us as a missional church and people,” says Ms. Cavanaugh-Clark, adding that the parish gave $24,000 to various causes in 2015.

Under her leadership, these efforts to look beyond the church walls are consciously encouraged among the members of the parish. “I talk at church a lot about how attending on Sunday morning is about gathering the strength to empower each other to be disciples and change our community,” she says.

That idea has been embraced by the whole parish, including its younger members. Children often attend advisory board meetings, and they have started an entirely kid-led church service on the last Sunday of any month with five Sundays.

“Kids read the lessons, lead the prayers, take up the offertory and read a story for the sermon,” she says. “They even help administer the cup at communion.”

Many of the children bring friends whose families have never been to church, and whose parents have since started asking questions about the parish. The kids also get involved in a monthly Messy Church service, a hand bell choir that plays at local events and the Kool Kids Kooking Klub, which is planning to host its own community dinner.

“We’re only limited by the amount of space we have,” says Ms. Cavanaugh-Clark.

To accommodate its ideas, the parish is currently renovating the building at St. Paul, Minden to add space for more programs. Some of the plans for the new addition include haircuts by donation, bicycle clinics, after-school tutoring, parenting and budgeting classes, music and art lessons, and programs for kids on PA days.

As the Parish of Minden-Kinmount continues to pursue its countless ideas for the future, Ms. Cavanaugh-Clark says she is incredibly grateful for the work of the volunteers in her congregations and the wider community.

“I couldn’t do this without my parish. Almost everyone has a ministry,” she says. “The church’s future will be very different and involve everyone in our society. It’s important to form communities where people can belong and feel safe.”