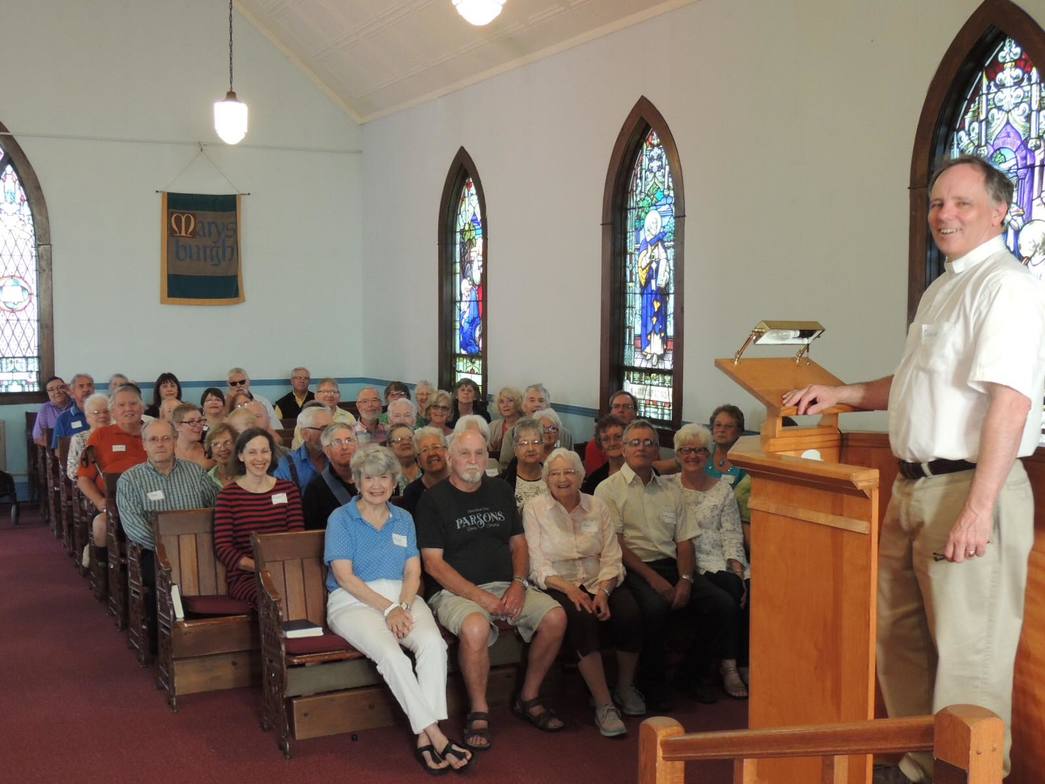 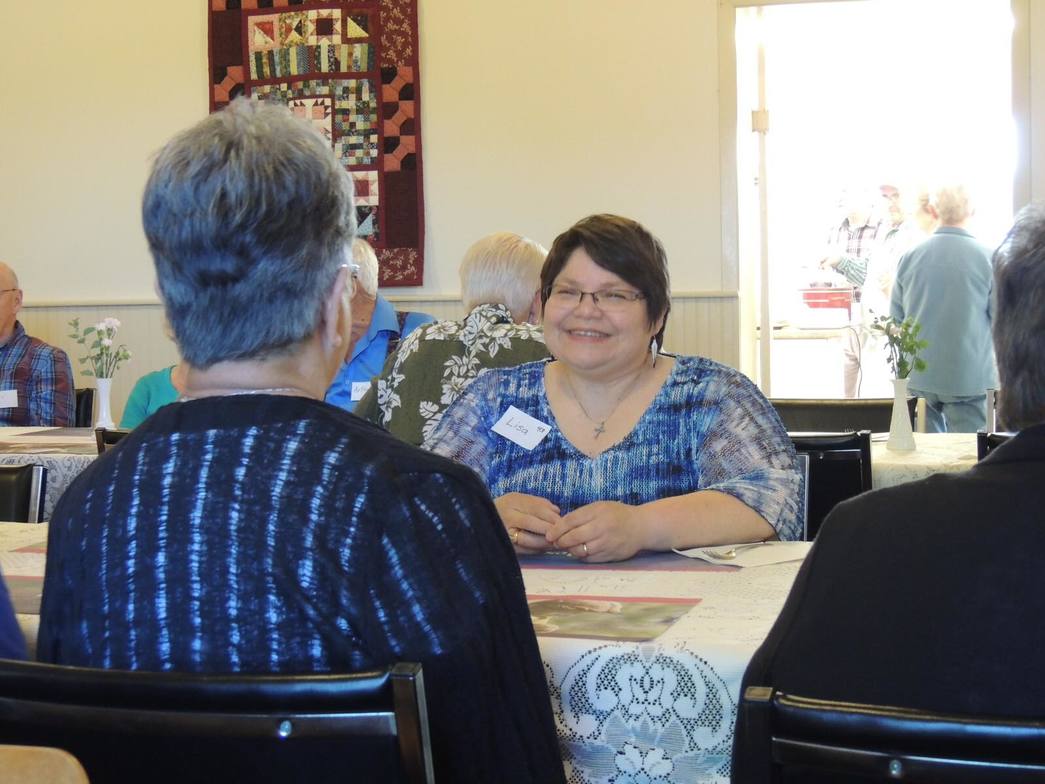 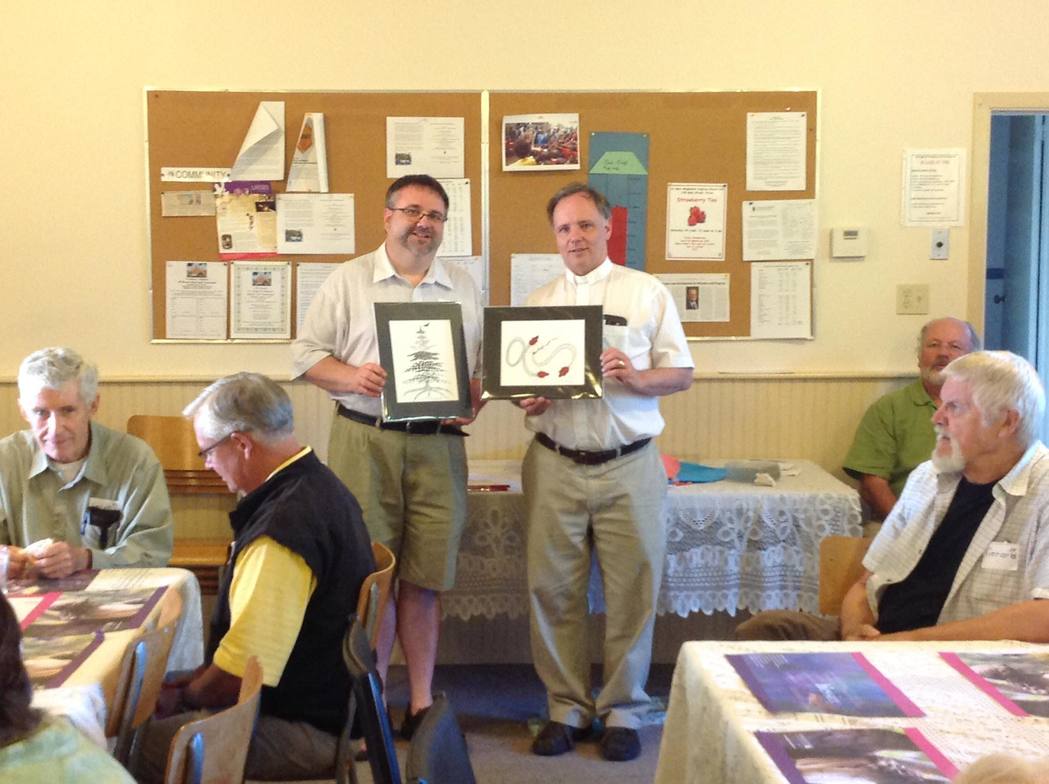 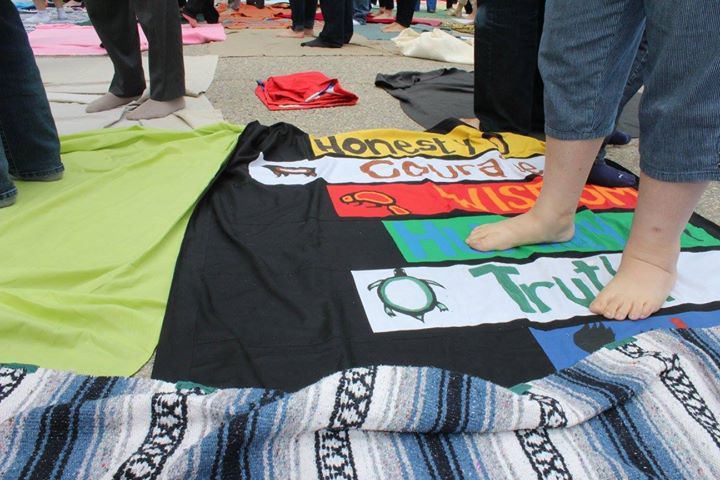 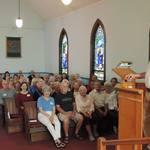 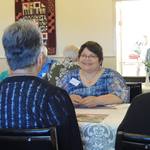 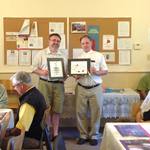 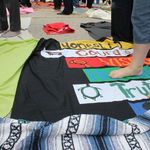 In celebration of National Indigenous Peoples Day, we caught up with TM Evangelist, Rod BrantFrancis, for a little Q&A about the joys, challenges and unique aspects of ministry in Tyendinaga Mohawk Territory. He and his wife, Lisa, who is also a TM Evangelist, moved to Tyendinaga in 2016. Here's what he had to say:

Q: Can you briefly describe your current ministry?
RBF: Currently, we’re serving in Tyendinaga Mohawk Territory, which is a community situated between and Belleville and Kingston, in southern Ontario. The Mohawks arrived at Tyendinaga in 1784, as a result of their loyalty to the Queen during the revolutionary war. They were granted land on 6 miles on either side of Grand River, from it’s mouth to it’s source. When they originally came to Canada, they landed in Quebec and then dispersed from there. It’s a very diverse community because it exists within this urban setting. Kingston is only about 45 minutes away, Belleville is only about 10 minutes away. So, unlike some communities where we have served before, which were fairly remote, this community is surrounded by urban communities. The community itself, is huge in terms of people, probably about 5,000-6,000 members (but a lot of those people live off the territory) – so there’s probably about 2,000-2,500 who actually live in the community. Lots of people live away but still maintain their membership and relationship with the people.

Q: Much of your ministry you have lived in remote areas of Canada. How is Tyendinaga different? What has the change been like?
RBF: It’s hugely different, when we lived in a remote community, where we have been for the past dozen years, everybody kind of knew one another, and even when people hadn’t yet met us they knew who we were and why we were there.

Because Tyendinaga is such a diverse community and people are going in all sorts of directions, it’s taking a lot longer to build those relationships. So you have to be out and present in the community a whole lot more. That means being involved in a load of other things other than typical church stuff...different celebrations in the community, and being at events just helps people know who you are. We do have one advance though, because Lisa grew up in Tyendinaga, so many people still remember her from childhood, even though she hasn’t lived there for 30 years.

Q: What are some of the challenges you face in your current ministry?
RBF: One of the huge issues is the speed of life. The speed of life in southern Ontario, which we have been away from for quite a long time, is "go, go, go" all the time. It seems everybody wants things planned 6 months in advance and all these kind of things. So after Easter, they wanted to know what we’re doing at Christmas time. So that’s a whole re-learning process for us, to get back into that speed and that way of thinking. It’s very different, because life in the north is very laid-back. In the north we learn the wonderful key of flexibility – someone could call you in the morning and say “I need you to cover a sermon for me in two hours,” so we’d have to put something together and be ready in 2 hours! In the south, the flexibility looks very different, with long term planning and being able to adapt to a different mindset.

Q: Do you think the geographical location has largely enhanced that aspect of their lifestyle?
RBF: I think so. Part of it is location – where you are and who you interact with on a daily basis, with folks in cities and those kind of things – I also think part of it is the adaptation of people. They are including a way that may not necessarily have been the way through the generations, but now has to be their way in order to survive and maintain a lifestyle.

Q: From my perspective, one of the things that makes ministering to Indigenous people particularly interesting, is that they have deeply rooted traditions, that may either be intimidating from an outsiders perspective, and might make it challenging to incorporate Christian beliefs into that culture. Have you been able to meld the traditions and cultural norms of your community with your Christian beliefs, or do you feel they are sometimes at odds?
RBF: That’s a “yes” and no “answer”, I think. The Mohawks were already Christians when they came to Canada in 1784. When they lived in upstate New York, they actually asked for a Catechist (or what we would call a Lay Pastor now). They were surrounded by Dutch people, who were Christians and had a place of worship in their community. The Mohawks saw that and saw the good in it and asked for the same thing. So a delegation of Mohawk chiefs went to Englang to petition the crown to send them a minister basically.

Life has changed a whole lot since that time. Peoples view of the institution of the church have change a lot...because of colonialism, because of residential schools, all those kind of things. As with most Indigenous people across Canada, it was not a hard sell for them to accept the Christian message because there was in essence already a relationship with God, as provider and as Creator, so that distance wasn’t huge. That being said, one of the struggles came when early missionaries thought that in order to make followers of Christ, they had to make white, anglo-saxon protestants. And so they weren’t content to just allow people to maintain spiritual and cultural practices in the name of Christ, they wanted them to change. For some people know, who say they follow a traditional road, there is a huge gap between Christianity and a traditional aboriginal way. Actually though, if a person is true to traditional roots, they are much closer to God than they even understand. If a person is actually living a life that is based on sacred teachings, then they live out all the tenants of Christianity; honour, respect and all kinds of things that are a part of the message of Christ. So really, the gap is not as big as some people think it is.

All that being said, at Tyendinaga there is a huge division which has been there from some years. Division between traditionalists, for a lack of a better word, and Christians. And even within the Christian community, divisions between churches and denominations and that sort of thing. One of the wonderful things that has been happening in the past couple of years, though, is a coming together of folks with the realization that ‘You know, we’re not so different. There are a lot of things that we can celebrate together.’

Q: How have you seen the community come together?
RBF: On the Sunday closest to the May long weekend, the Mohawks celebrate their arrival in this land, called Landing Day. So every year, there is a big celebration. The past 2 years, that celebration has brought together Christian tradition and long-house tradition, which is not only a traditional Mohawk place of living but also a spiritual tradition. And this is really a first. There’s a great group of people who are putting aside their differences and celebrating commonalities. I think that will continue to grow.

Q: National Indigenous Peoples Day, was just recently held (Wednesday, June 21st), how did you celebrate?
RBF: It’s interesting, because we celebrate not only Aboriginal Day, but also Aboriginal Sunday on the Sunday closets to the 21st of June. For some people, they just shake their heads and wonder how the church can celebrate such a thing, because in their eyes the church has been an instrument of abuse, or trying to wipe out cultural expression. One of the challenges is to separate people from the institution. But when people step back and realize while the institution may not have served them well, there were lots of people who’s hearts were in the right place. I know people who, having gone through the residential school experience, and have that as a part of their background, would still say that they found God in that situation. Although it was a horrible thing, they were still able to learn and understand who Christ was. The church in Tyendinaga has to rebuild its relationship with the community. By and large, people don’t attend church just for the sake of going to church anymore. The same as it is everywhere. But we have to rebuild our relationship to put the church back in a place of importance in the community and people see it as an entity that will contribute greatly to the life of the community, so people see that we are an honourable group of individuals who want nothing but the best for the people around us.

But back to how we celebrated: The Mohawks celebrate, like I mentioned, Landing Day – so it’s not as much of a celebration on Aboriginal Day. But this year, for us, we visited some elders and listened to their stories, which is very much an aboriginal thing to do. We also joined a neighbouring parish, who wanted to build relationship with us, and spend the day eating and laughing. On the Sunday previous to that, I spoke in Toronto, at the Church of the Redeemer, where they have a Native Urban Ministry. Toronto and Winnipeg have two of the largest population of Indigenous people, because as people leave the reserve they tend towards the cities. A lot of folks, unfortunately live on the street. So, this church in downtown Toronto has had a lot of opportunity to do ministry in this context.

Lisa had the privilege of participating in a blanket exercise. The churches in our area put this on. It’s about a two-hour long activity that people go through that show the changes in North America, through the years of colonialism, and the reserve system and the birth of the Indian Act. The blankets represent North America, and as things changed through history, as laws were introduced or sicknesses were brought here, the blankets are removed and folded up. It’s very interesting to see how the landmass that people travelled over, changed and shrunk and how people became closer and closer groups, with much less land to be connected to. It is a very powerful visual and it really helps in understanding.

In our own community, of course there was a parade and all kinds of celebrations. One of the big things we celebrate is resilience: ‘Despite all the struggles, despite all the changes, we’re still here!’”