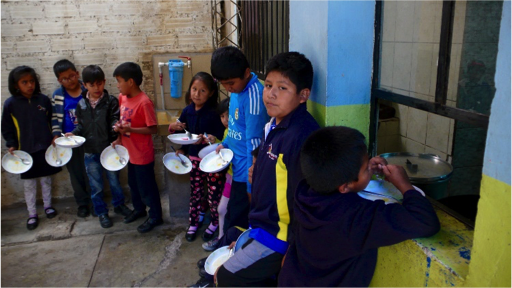 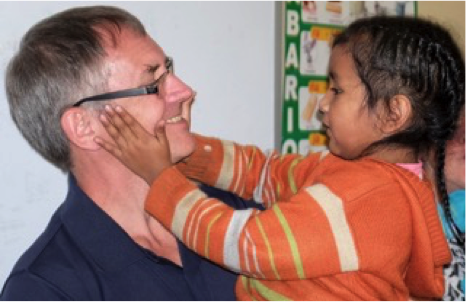 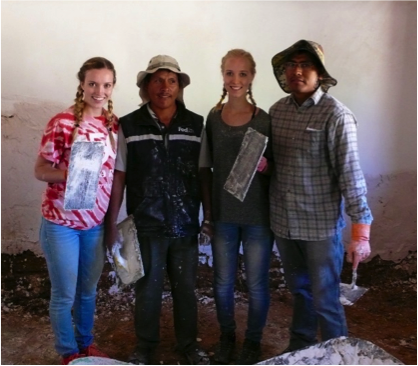 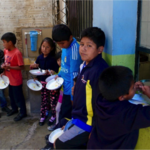 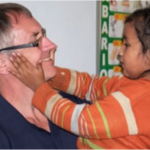 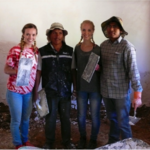 This Spring, TM Evangelist, Merv Budd and members of North Burlington Baptist Church went on a short term mission trip to Bolivia. We caught up with Merv to hear about the work they participated in and the impact it had.

In June I was able to lead a team of 10 people to Bolivia where we participated in two very unique projects. The first was a building project that addressed the crisis of a little known disease, called Chagus, affecting the rural poor. It is a life threatening disease that 10,000 people die from a year and, according to the World Health Organization, 25 million people are at risk of getting the disease.

The disease is contracted through the bite of a vinchuca bug that lives in the adobe mud walls of villager’s homes. Our team helped to plaster the walls and pour concrete floors to make the homes safe for living in. The families selected were chosen because of their particular need. One family had 12 children, while the other was a 20 year old widow with two infants.

Each morning we would drive 1 ½ hours to the small village where we were working. The unpaved, dusty roads made the drive there and back each day quite long. However, the mountainous terrain and the unique countryside made the journey pass by more quickly.

Our second week was spent in the city of Cochabamba where our hearts were captured by a project called Casa de la Amistad (Friendship House). In Bolivia those convicted of crimes and sent to prison have their children placed inside the prison with them. Friendship House provides a program that, with the parents permission, is able to care for the children of the inmates during the day before returning to the prison at night. They offer nutritious meals, help with their homework and provide opportunities to go on an occasional special outing. The program also offers training programs to the spouses who are not incarcerated. Courses are offered on topics like: basic nutrition, raising a family and how to strengthen one’s marriage.

I had the privilege of going into the prison to speak with one of the parents. He was the oldest of five orphaned siblings. He had come to the city to find work in order to provide for his family. Unable to find employment, he accepted a lucrative offer to deliver drugs. He is now serving his 7th year of a 10 year sentence. He told me that he has hope because his children are cared for. His wife is always one of the first to register for the courses at Friendship House and they can see that they now have a future.

The work of Friendship House is incredible. While we were there, a graduate of the program stopped in. He is now a lawyer and credits his success to the ministry. The prison social worker also spoke glowingly of the program as it is helping to change lives for the better.

Unfortunately, the Friendship House is in a financial crisis because of mandatory minimum wage laws that have forced them to further reduce their already skeleton staff, and because of a continuing drop in funding. In speaking with the psychologist that works with the children, she is heart-broken as she now has to teach a class as well as try and carry on her counselling load. You can only imagine the trauma that these kids experience living in an adult, male prison.

How could we not respond? We have a funding page set up and we are hoping to get 5000 people give $1/month. Perhaps you could be 1 in 5000? (of course do not subtract this from your local church or Threshold support) While Friendship House partners with local churches and has several volunteers, the need is still great.

As always with Short Term mission trips, the impact we had was nothing compared to the impact it has on those who took part. It opened their eyes to the great need for missionaries but also helped them to realise that living as a missionary is not something that takes place in foreign countries; the need in Canada is just as great, only the need is different. We all came back inspired to see how we might reveal God’s Kingdom and tell of the goodness of the King to those within our circle of influence.

Merv is the Senior Pastor at North Burlington Baptist Church as well as the Ontario Regional Director for the Forge Missional Training Network. He is a covenanted Evangelist with Threshold Ministries and a gifted and passionate Evangelist who is helping to lead his congregation to reach beyond themselves. Merv is regularly sought after to teach in the area of missiology and evangelism. He is also an Adjunct Lecturer with Threshold School of Ministry.