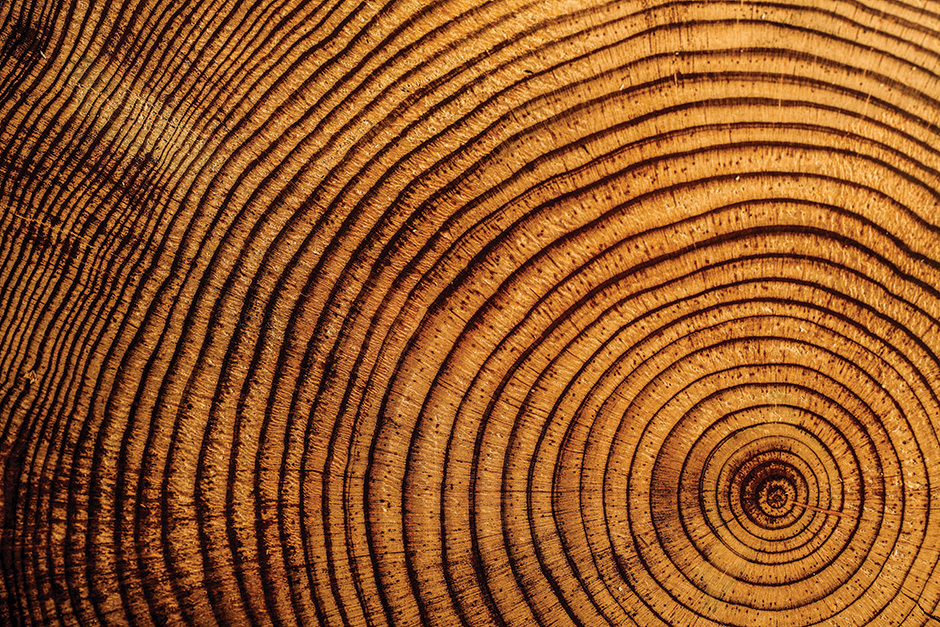 My weeks are filled with some very interesting chats. This week one of my friends and I were talking about his temper. This is a subject that I have some experience with. He said that these days he was mostly angry with himself for things he had left undone and unsaid. This kind of self-directed anger is not beneficial in anyway. We all have regrets. We have things we have done or left undone as the Anglican Book of Common Prayer asserts in the General Confession. By continuing to beat himself my friend was stuck.

I found myself talking to him about the rings on a tree. Each ring represents a growing season. Some are quite close together indicating that there was not much growth during that season, but occasionally there is a much wider gap in the rings. This gap indicated a period of marked growth! I told my friend that this last painful year was a time of great growth. Now as he gazed back on his past he was judging his past decisions from the position of his new found understanding. This was not fair to the “one-year-ago” him! He had acted or not acted with the knowledge and light that he had at the time. I invited him to give that ‘one-year-ago’ self a break.

I look back on the battles I once engaged. Every little theological difference became justification for ‘hammer and tong’ combat. I have scars from those days and I inflicted wounds. I regret many of these encounters and have confessed them but I do not continue to beat myself up. I acted the best I could with what I then knew. I now know better. I know that every difference is not “a hill to die on”. I know that I do not know the whole truth and so if I convince others to my way then we would both be wrong!

I know that I do not know the whole truth and so if I convince others to my way then we would both be wrong!

My friend left feeling lighter because he had cut himself some slack. In his new freedom he would be more gracious with others and with himself. He left knowing more peace so he could be an “instrument of peace” as Francis advocated.

When rings on the tree are close together it means the tree went through a hard season and did not grow. Conversely difficult seasons are most often the seasons we grow the most. The other day as I awoke Linda asked me if I knew what happened on this day in the past. I had that deer in the headlights feeling. Had I forgotten an important anniversary? Not that I knew. “What I asked?” in dread. “10 years ago you had your fall.” I recalled the long painful recovery but I also remember that season as a growing one. My rings were far apart that year!

As I know better I must expect that I will act better.

I can and must judge my actions and inactions based on my ‘light’ and knowledge. As I know better I must expect that I will act better. The more that I grow, though, the more aware I am that I need mercy and grace. I want to offer that same grace and mercy to others and to myself.

This has the ring of truth!

He has made it clear to you, mortal man, what is good and what the LORD is requiring from you— to act with justice, to treasure the LORD's gracious love, and to walk humbly in the company of your God. - Micah 6:8